'Make in India': The Missing Linkages 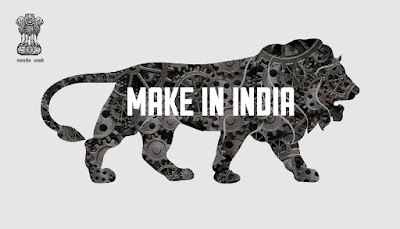 India is well acknowledged as an ancient civilization with its historical contribution to the world knowledge, learning and innovation.Its hard camed independence achieved in 1947 was followed by an economic resurgence characterized by an annual rate of growth rate of (around 8 per cent) in real GNP since 1991. It is well appreciated in the world geopolitics and economy. With about 1.3 billion people constituting around 17.5 per cent or world population, out or which about 2/3 .. d being in the working age, India has the potential to be the future human resource


The modem India, has come a long way in raising levels of its socio-economic development level and is further equipped and has the potential to provide an innovative effective solution to its socio-economic problems. However, India 's welfare improvement is modest and accompanied by worsening or inequality. It cannot ignore the harsh realities of its Bharat. The globalised induced economic reforms have not stimulated the manufacturing share in GOP beyond 16 per cent and employment beyond 12 per cent for the last 40 years or So. It also compares poorly with Indonesia, Malaysia and Thailand.
http://guljitkarora.info/Make_In_India.pdf
at 12:03:00 AM