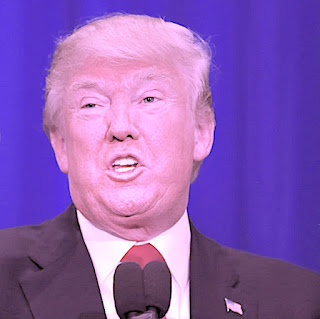 Rejecting all the estimates and media predictions, finally, Donald J Trump got a clear majority in the US general elections.  Hillary Clinton surprisingly lost. Political pundits, world leaders, and media analyst were not able to de-codify this unprecedented victory. Trump was very focused on his campaign. He also created controversies.  Controversies are beneficial to gain fame and popularity.  Trump is the first president who had no political or military experience.  Controversies made him popular, very quickly, among common white Americans.  He also coined a catchy slogan of ‘Make America Great Again’ and repeated it several times during his televised debates and public addresses.  He utilized the frustration of American Whites and was able to assure them a better condition. The majority trusted his commitments and they voted in favor of him.


Generally, American federal elections are contested on the basis of international issues. International relations and foreign policy of a candidate used to play a major role in the elections. This time something different had happened.  It was mostly concentrated on domestic issues. Donald Trump, in particular, emphasized on the home affairs and sent an unambiguous message to review the relationships among its allies.  It also caught an attention of international community, particularly Japan and its other allies but keeping in view of election projections everyone was hoping Clinton’s victory and didn’t pay much attention to Trump’s statements.   Trump continued with his ideas of ‘making America great again’ and despite his derogatory remarks towards women and larger criticism from the female groups, he didn’t lose his confidence.  Rather, he made a joke on the beauty and appearance of those women. It could have been a disastrous situation but Americans almost ignored it.
The Post-victory period has made Mr. Trump more balanced and he appealed for the unity of divided Americans. In recent days he also met Japanese PM Shinzo Abe, the most important ally of the US in Asia. Trump and Abe were able to build a good relation and everyone in Japan can hope for better and smooth relation to be carried on from the both sides.
Experts in international fields are waiting for the Trump’s move towards China, Russia. Philippines has already declared to be distant from America. Will, Trump in power, bring any change? North Korea has already conducted several nuclear tests and eager to bring America to the negotiating table. It is not yet known what will be Trump’s move to handle the North. But it is very, to keep his election pledges in mind, that Trump will be more American-centered in his policies. He will help and protect the allies by taking a reasonable cost and not just for the panache of the US. What kind of attitude will Mr. Trump develop, towards Paris-Climate Agreement, it is not very clear yet.  It is sure that he will adopt a realistic view in future and leave behind his election jibes. The actual scenario will be clear in January, next year when Mr. Trump will assume office in Washington DC. It would be completely a new journey, from New York to Washington DC and from there to the rest of the world for Mr. Trump.