A Profile of
Mr. Tokio Hasegawa 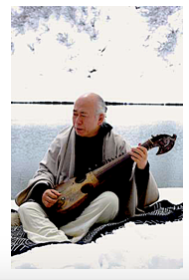 Tokio Hasegawa has been respected in India, especially in Bihar, as a Japanese who has Protected the region’s valuable cultural heritage. Several artists of Mithila painting, Bihar’s folk art, won many National awards, including Padma sri award.  Although Bihar Museum built by Mr. Maki Fumihiro, Japanese architect, exhibit many Mithila paintings including those awardees’ work, Mithila Museum founded in 1982 by Mr. Tokio Hasegawa in Tookamachi, Niigata houses about 2000 pcs of these paintings which is the largest collection in the world. It is the only place in the world you can see through series of works in the collection as it started to preserve those art works so that they should not be scattered or get lost.

Bihar has many Buddhist sites such as Bodhgaya and is the third major developing state of India, thus, potential aspect of economic and cultural exchange is huge. It may not be impressive story if wealthy person collected many folk drawings from remote villages in many countries, but for Tokio Hasegawa who moved into a sparsely populated village and earned his living by doing part time jobs, it is a result of collecting slowly and steadily by going into the villages of India. He has been inviting Indian artists to the museum of Niigata for a long stay and major master pieces were created by those renowned artists.

Many of Ukiyoye, Japan’s famous paintings were taken by foreign collectors from the end of Edo period to the beginning of the Meiji period and now it is difficult to bring back those precious paintings into Japan. Tokio Hasegawa wanted the collection of Mithila paintings not to follow a similar fate. Whenever the offer came from rich people to buy important works at higher price, he refused to sell so that they remain there permanently.

The sensitivity of Tokio Hasegawa had a sympathy to the mythological imaginative power of women folks who live in remote villages of India.

After traveling around the world as a member of musical group called Taj Mahal Travelers Tokio Hasegawa returned and settled in Oike which was loosing its population rapidly, as he felt the Scenery around and the Moon was beautiful there. However when a plan came up from village communities to develop the area as Resort place he opposed and the plan was eventually withdrawn. As he had to offer an option,  he borrowed the abandoned school building and started the activity called Oike Citizen’s
Center for Social Awareness.  In the meantime, his friend brought Mithila paintings from India and asked him if he can exhibit the same there. Hasegawa visited Madhbani of Bihar. He met famous artist Ganga Devi and she impressed him so much he promised to invite her to Japan and he became serious to obtain more paintings. The ladies used to paint on the wall for a ritual purpose. Painting on the paper and canvas was encouraged at that time by Govt. of India.
As Andre Marlogh highly appreciated Mithila Paintings and many other collectors from the world started to visiit the area but Hasegawa was the most trusted person
by the regional artists.

Empowerment for women folks are now considered as an important key to exit from Poverty and so, support for such has an importance. Tradition of  Mithila painting carried out from mother to daughter was reset with a contemporary idea which received the global appreciation and it made the living standard of women higher and their position in family and the community was improved. Artists who created master piece in Oike went together whenever Dance performance and exhibition of Mithila painting Took place. This gave a big opportunity for them to encounter with Japanese’ interests in their work and such experience encouraged their artistic spirits.

Women in Bihar are using the power of Mithila paintings in the environmental conservation movement. To protect trees from felling for construction, women drew Gods and Goddesses on the bark of trees and felling of trees had to be abandoned. Hasegawa saved natural creatures by opposing the development of the area but by exhibiting the Mithila paintings of Gods, animals, Sun, and Moon made him feel the protection of God and make him feel peaceful.

He founded NPO Society to promote India Japan cultural relations and made Oike as its base.

In 1988, Indian festival in Japan which was an important international cultural project of Govt. of India was held and he was appointed as assistant Secretary General. Since then he has been recognized as bridge between India and Japan.

In 2007, 25 group of Dance and classical music were sent by Govt of India and he arranged 163 performances and 3 exhibitions as a cohost and cooperated by NPO Society to promote India and Japan cultural relations. Many groups stayed in Oike with Hasegawa and they were sent out to each destination in a bus arranged by Hasegawa. They visited Rishiri island of Hokkaido, northern most to Yonaguni of Okinawa, southwestern edge of Japan.
It was Hasegawa’s belief that Inter regional relations has to be done with care to make better international relation.
He tried to make as many performances in the local cities of Japan. For Manipuri Dance Group Okinawa, Ishigaki island, Yonaguni island, and Okinoshima island.  Seraikera Chow Dance group Was sent to Miyakejima island, abashiri and Rishiri island.
In a metropolitan city the performance may yield some income by admission fee but in regional islands they can provide the Hall only for performance but cannot share any other expense.
To keep the target of going into remote places and giving performance there requires acrobatic device of plan and super humanly toughness. It is his strong determination to execute such humanly impossible task.

Hasegawa wanted to be a musician from school time and read many books relating to those subject interested him.
Three poles are his main set targets and he tried to move within those poles freely. Three poles are tranquility of Japanese tradition, Deep thought of European Philosophy, and Dynamism of animal and music in Africa.  Experience made him more deeply established within the set of three poles. He does not hesitate to face and talk with open mind to anybody of much higher rank and of any culture.
Namaste India started in 1993 with an intention of Japanese political circles to encourage Japanese companies to penetrate into India by understanding the culture and increase the fondness to the country. However due to the stagnation of Japanese economy, events could not be continued by Japan India Economic Commission any more by 2005.

Tokio Hasegawa and other NPOs jointly decided to continue the event at the venue of Yoyogi Park.

Govt of India sent many dance groups for this event and 650 dancers participated from Japan and the rest of the world. Many Indian restaurants joined, Intetsu House taught Indian Philosophy to those who seek the path, Bodhi Sena’s House was installed and Onagawa Town House participated in the fair.
Onagawa town has a great relation with India since 46 Indian rescue team helped the residents when major earthquake took place. Indian families living in Japan visit the mela and exchange the friendship with Japanese. Ainu tribe who is the original inhabitants of Japan continuously participate in the fare to have an exchange with India in which multi race coexist harmoniously.
More than 200,000 visit the event during those two days. It is the largest Indian festival Ever held in the world.

When you are in the old wooden construction surrounded by forest having many living creatures under beautiful Moon light you will be greeted by those amazingly beautiful paintings which Indian women drew with pure continuous thought of prayers .
Such miraculous incident can send a strong message to future generations.
The meaning of this miraculous link is now being appreciated by India which is now an important partner for Japan and therefore, I feel Japan should also offer an appreciation to the work of Tokio Hasegawa as a protocol to the partner country.

A Brief History of

1971    Travelled throughout Europe for a year.

1988   Funded by Toyota Trust, went into Daiyao San (Big Mountain of Mien or Yao), for research of Chiwan Tribe autonomous of Xuanzou of China as representative with 11 other     scholar and journalist members,with Xuanzou university professors.

1988   Worked as deputy secretary general of 88 India Festival in Japan Committee.
The chairman of the same was Mr. Goro Koyama (chairman of Mitsui Bank). The chairman of India was Ms.Pupl Jayakar.

1989   Established a NPO to consider the post Indian festival, had activities as a base for international exchange.

1992   Appointed as a member for committee of the 40 years of diplomatic relations between Japan and India.

1997 Conducted South Pacific art exhibition and Maori Dance Performance in all over Japan.

1997 Took Nine School children (Nine all the students of Akakura Elementary School) of Tokamachi city for performing Kagura (Local ritual dance)
in the Engineering Trade Fare in New Delhi. Had the International cultural Exchange with School children of India.

1999 Established NPO to promote 50 years’ Diplomatic Relation between Japan and India Anniversary, worked as a representative of the same office.

2005   Took over Namaste India and kept the same event successfully till today as a chief executive.

2007    The festival of India conducted under 2017 The Year of Japan-India Friendly Exchanges. With a request of Embassy of India, cohosted most of 162 projects in Japan,
In 35 metropolitans and 60 above cities, town and villages.
Received the India Japan Exchange Year’s Award from Govt. of India.

2012   Cooperated with the request by Embassy of Japan in India two performances of Noh ( Soke(head of the school)   Kiyokazu KANZE, the 26th ) executed in India.

2013   3 performances of Ainu ethnic communities presented in India, New Delhi, Mumbai,
and in Kolkata. The large Ainu culture mission such as 21peples is said in the Ainu cultural history for the first time.
It happened that our Emperor and Empress visited India after interval of
53 years.

2014   Cooperated with Embassy of India Festival of India 2014 – 15, arranged the
Performances of Dance and Classical Music in Japan.

In 2012, 60th anniversary year of Japan India Diplomatic Relations, the Bodhi Sena Successive Project to make the same name to be in School Books in both countries started at Toudaiji Temple and it is now 8th event in May.  Bodhi Sena is an Indian monk came
To Japan to give an soul of the Great Buddha Statue of Toudaiji Temple.

From 2014, as a support program after Easter Japan’s earthquake tragedy, many
Dance troupes sent by Govt. India, and events done in Rikuzentakada City,Onagawa-town,
Shichigahama Town, Natori City, Yuriage district, Sendai city,
Namaste India in Onagawa has been continuing from 2016 and 4th May this year,
It is 4th program.Director of the Mithila Museum.

Head executive of Committee of Namaste India
Received Regional Exchange Promotion Award from Japan Foundation for the
Activities of Museum.
Received India- Japan Exchange Year’s Award from the Govt. of India in 2007.

Email ThisBlogThis!Share to TwitterShare to FacebookShare to Pinterest
Home