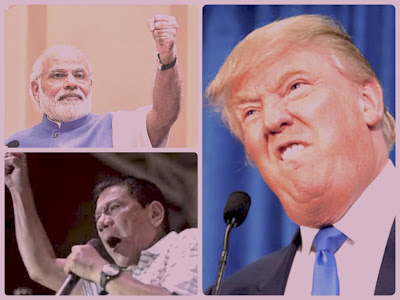 In this post-truth era, it seems that cultural values are dominating the economic and commercial values. At least three states heads-Mr. Trump of the US, Mr. Modi of India and Mr. Duterte of the Philippines have adopted a new style of administration i.e. speak loud and clear, divide people, do something unprecedented, and use social media extensively to justify them. These activities fascinate a segment of citizens, if not all.  They need words, they need activities, they need divisions of opinion and they do need the media to influence the minds of people to ensure their supremacy in the post-truth time.