Duterte via China: A New Geo-Politics in Asia 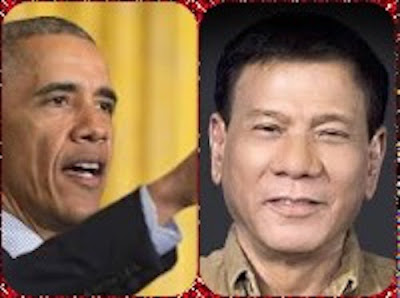 A longtime trusted ally of the US, Philippines has declared its separation officially. President of Philippines, Rodrigo Duterte has made several sarcastic remarks on the US president Barck Obama on several counts. He also used an international forum to criticize Mr. Obama and the US intervention in its internal affairs. Duterte has launched an anti-drug campaign in the nation and there were many causalities in the process.
US administration conveyed its concern over the killings, which initiated the rift between decades long friendship and it has reached at the irreparable level. Advancing with this opportunity, in the mean while, China started to build closer ties with Philippines and its president made bold remarks about Mr. Obama, the US president. In one of his speeches he called Obama ‘son of whore’ and at another international platform he addressed Obama to ‘go to hell’. There were expected
There were expected reaction from American side and Obama called-off his meeting with Duterte. Recently a riffle deal has been scraped by the US and in the same vein, came the comments from Duterte in a televised discussion. "Look at these monkeys, the 26,000 firearms we wanted to buy, they don't want to sell," Duterte said. By now it is quite clear that, Duterte hardly cares for US anymore. And he is moving ahead to build his ties with China and Russia; the new geo-pole emerged during recent years. Russia, with annexation of Crimea, is facing ban from the US and its allies and there is wider difference too to tackle the problem of terrorism and IS in Syria and neighboring countries. In new geo-political situation, Russia has accepted China as a ‘big brother’ and developing a better understanding with it. Will Philippines join this new camp and abandon the years old relationship with the US?
American State Department spokesman John Kirby on Tuesday said that U.S. ties with the Philippines remain strong despite Mr. Duterte’s anti-American rhetoric and recent overtures to China. Philippines military is still working closely with the US armed forces and relying on the weapons provided by the American army. There is a dichotomy at the level of army and Mr. Duterte. The US still has some hope to reestablish the relationship with the Philippines.
In July an International tribunal on seawaters gave a judgment in favor of Philippines and rejecting the claims of China in the South China Sea. This judgment gave an opportunity to America and Japan, close allies of Philippines to nab Chinese Government. China didn't accept the judgment and advocated to hold a talk between the concerned nations i.e. China and Philippines. Due to Duterte’s foreign policy, which has already taken a three-hundred-sixty-degree turn; it has become difficult for the Americans to bully China. China has it expansionist agenda and almost all the neighboring countries-Japan, India, Taiwan, Philippines etc.- have some sort territorial dispute with her. If Philippines joins the Chinese camp and resolves the disputes amicably it would provide an extra-comfort to Chinese administration to deal with America and Japan. Though despite a substantial financial commitment by Chinese to Philippines, it just a half journey traveled in their strategic relationship.
at 4:58:00 AM