"We will rebuild it. All together." 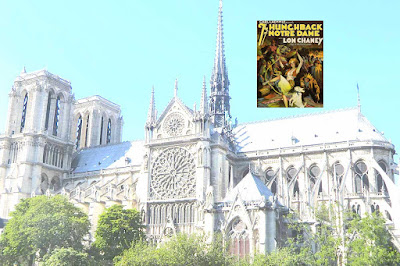 Faculty of Liberal Arts
E-mail: info@globalculturz.org
Many a time we have seen the destruction by fire. There were several incidents in Edo-Japan that fire engulfed towns and properties of cultural and historical importance. The human civilization moves ahead despite natural calamities and man-made disasters. The fear of apocalypse is very much rooted in Japanese society. In modern history of Japan the great Kanto Earthquake of 1923 and bombardment on Hiroshima and Nagasaki in 1945 changed the overall experience of life and death among common people of Japan. It is the great human will that inspires to survive and rebuild.
Recently, Notre Dame, Paris came under the grip of severe fire. There was quick response from the global community and culture and art lover. Many nations, including Japan, pledged to contribute sumptuous amount of money to rebuild the 850 years old historic site.  The process of reconstruction will start soon but it may take a decade or so to complete the work. As CBS News reported, ‘Bells tolled at cathedrals across the French capital exactly 48 hours after the fire began. Cecile Deleville can hardly look at the destruction she has worshipped there for 44 years’. There are many deep memories in people’s mind about Notre Dame.
We visit places not only for businesses but for nature and cultural assets too. A building is not just a structure. It becomes live in our heart. Notre Dame, the Great  Pyramids, Taj Mahal and many more are photographed and kept as a memories not only in our albums but in our hearts as well. Here is a sigh of relief. USA Today states, ‘Officials said other treasures inside the cathedral, such as a dozen large paintings of religious scenes and huge bells made famous by the bell-ringer in Victor Hugo's 1831 novel "The Hunchback of Notre Dame,” were also spared, after a plan to safeguard heritage was quickly put into action’. Millions of people across the world are still stunned with this fire.  It would be a big challenge to rebuild the cathedral. Despite money, other skills are required to rebuilding. Kare reported, The roof cannot be rebuilt exactly as it was because "we don't, at the moment, have trees on our territory of the size that were cut in the 13th century," said Bertrand de Feydeau, vice president of preservation group Fondation du Patrimoine, adding the roof restoration work would have to use new technology.
Also of concern, Feydeau said, is the organ, "a very fragile instrument, especially its pipes."
There is pain and sorrow on this happening. Investigators are doing their job. Government is putting its best effort. UNESCO and other global agencies are seeking cooperation in rebuilding. At the end we have lost a historic treasure, which cannot be seen and loved anymore.