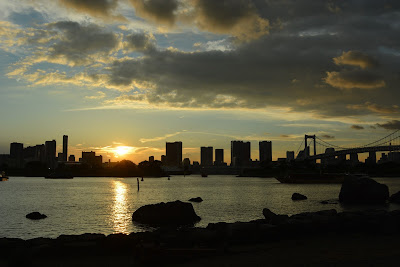 The recent typhoons in Haiti, US and Japan remind the might and anger of nature.With the growth in human population, there is a pressure on natural resources like forests, rivers, and agricultural land. Though Japan is an exception and its population is shrinking despite governmental efforts and encouragements.
But a typhoon in Northern part have taken away many precious lives and caused a severe damage to property and troubled thousands of people. Similarly, Haiti and some parts of USA are hard hit by typhoon making thousands homeless. Natural disasters are part of human civilization and different nations have their different level of preparedness to cope with them. Japan being an advanced country and prone to natural disasters had greater experience, awareness, and training to deal with such calamities at government level and at the level of common public. In last few years’ typhoons, floods, cloud bursting, volcanic eruptions, tsunamis, and earthquakes have caused immense damages in various parts of the world. Surely, these are the cases of grave environmental concern and must be addressed by the global community.
This is the time to think about human aggregation in nature’s domain. In most of the developing world, pollution has reached its highest limit. Developing nations have a dense population and governmental schemes are not providing enough motivation to control it. It has created a pressure on landmass particularly, on agricultural land is expanding and destroying the forests, and other environmentally sensitive areas like the wetlands. Ground water is depleting and geographers all over the world have raised the alarm. Mostly in developing economies rapid industrialization and urbanization have created a threat to farming and fruit growing lands as mostly these are converted into urban residences or industrial purposes. Developed nations are also not playing their role to help growing economies. Though mostly everyone seems to respect ‘Paris Climate Agreement’ but will it be able to reduce the burden on nature?
Humans and other animals have an equal right to the earth and its resources. It is also important to maintain food chain and ecological system. However, human greed has severely damaged the eco-system and there are common cases of encroachment on riverbeds, seashores, forests and other places. There are many incidents reported in media where animals and humans have direct encounters and sometimes these encounters turns into violence act and precious human lives are lost.
Co-existence with nature is the only solution to avoid its fury. Now, there are greater challenges to preserve nature, as growing population and demand generated from the same has created an opportunity to commercial ventures to take profit by exploiting its resources.
The developed nations too must share their contribution for the upliftment of environmental conditions in rest of the world. A Clean environment is the common concern of the humanity and it should be preserved, protected and enhanced by all stakeholders. China and India, the two fast- growing economies, have to play a bigger role without which the whole effort will be meaningless.